Home » For Android » Why Android Is More Popular Than iPhone?

Why Android Is More Popular Than iPhone?

Android and iPhone platforms have been in the never-ending battle of better screens, processor chips and cameras. In 2007, Apple introduced the first ever smartphone with a touchscreen, which lured a lot of consumers. However, due to the price range, it was not affordable for everyone.

When Android came into being in 2008, it divided the market into two by the end of 2010. Android was launched as a platform, meaning it could be used by other phone manufacturers as operating system whereas the iOS platform is limited to iPhones

Gradually Android become the most popular operating system for mobile across the world and now has acquired 80% of market share in the world.

The argument of which is better seems to be a hot topic for a decade. Some support Android and others second. But have you ever wondered why Android is so much more popular than iPhone?

Well, in this post we have listed some reasons which led to Android’s prevalence and large-scale approval.

The iOS is limited to iPhone and iPad, however, Android is used as OS by various manufacturers, ergo, more smartphones with Android on it.

Do you want to know the reason behind this?

Well, in 2007, before launching the Android platform, Google joined hands with various software companies, mobile operators and hardware companies in an Open Handset Alliance against Apple iPhone. Under this alliance, Android became the mobile platform of choice, which gave open-source license to smartphone manufacturer companies.

Most of the smartphone manufacturer companies opted the alliance, therefore Android covered a considerable amount of market share.

A few different smartphone operating systems also joined the race but with these two in the line, their journey was short lived and eventually their adopted Android, increasing the market share further. 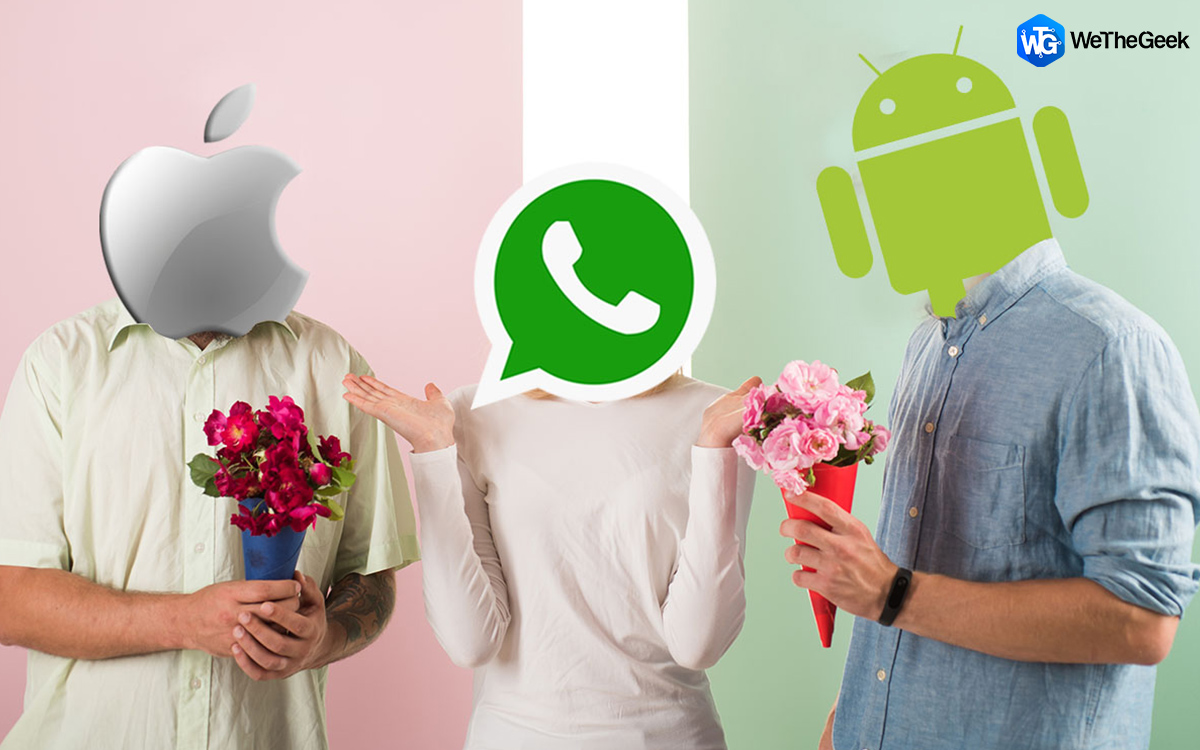 WhatsApp for Android VS iOS: A Quick ComparisonHave you noticed the design and interface of WhatsApp application is a bit different for both Android and iOS platforms?...

Android Comes In All Price Range

Unlike iPhone, Android doesn’t only focus a single niche. The smartphone manufacturer using Android releases phones in all price ranges. In this way, opting for Android is pocket-friendly. You can get a decent smartphone under $200. This was most beneficial for developing countries with a low dollar exchange rate.

When it comes to price range, the iPhone loses miserably a point as the most affordable phone of iPhone is still not easy not the pocket.

Apple has opened up iOS ecosystem to allow some third-party development. However, Android’s ecosystem doesn’t end at smartphones, it is also on wearable and peripheral devices.

A widely accepted platform with little limitations, who wouldn’t want that? Changing your Android device with another Android? No problem, the peripherals will still work. However, the iPhone doesn’t allow this as well.

Android Has Picked Up The Pace

Android has caught up and done pretty well in terms of features, which is great for someone who arrived late to the party. Apple has Siri, the digital assistant, Android has Google Assistant, which works pretty well. With each update, it is becoming more efficient. Siri is just an assistant. Google Assistant is much more, with preemptive suggestions, and it seems to be more conversational. It is clearly smarter.

With the grown popularity of Android, a lot of iOS apps have launched versions for Android. Along with this, Google now offers AI to help automate your smart home. Moreover, with time, Android has introduced a lot of useful features with every version. 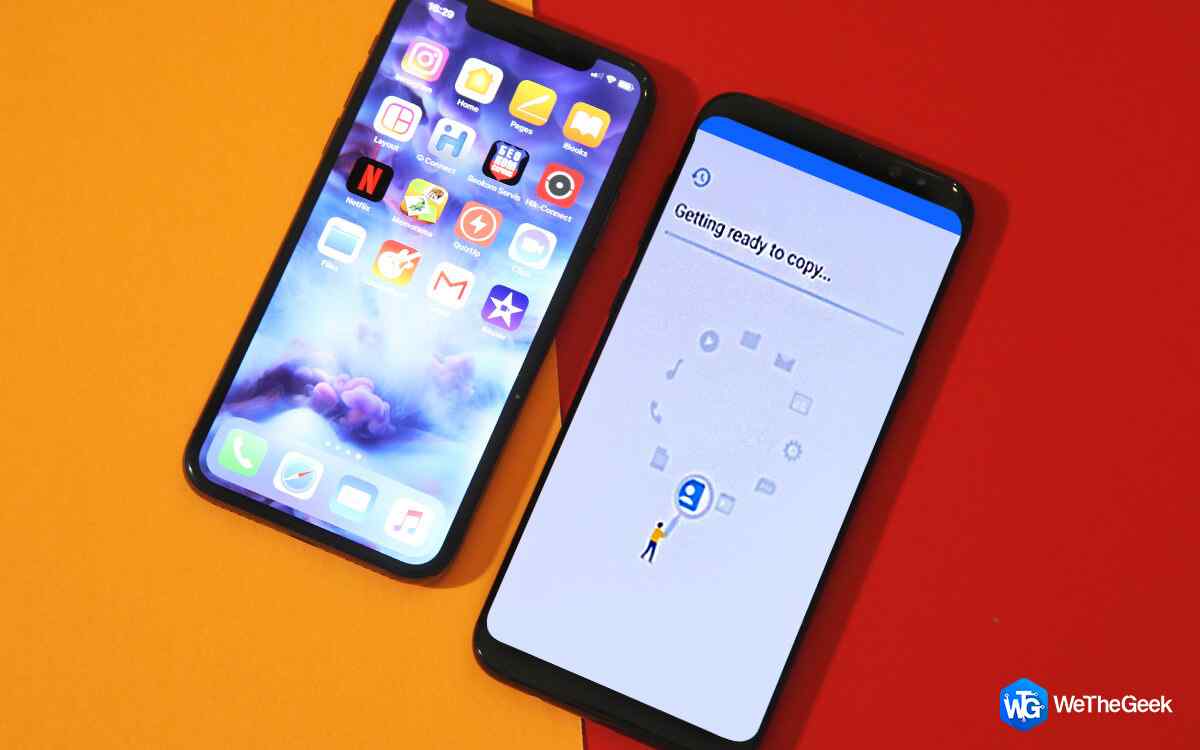 Steps To Transfer Contacts From iPhone To AndroidRead this to know about all the methods which can be used to transfer all contacts from iPhone to Android.

Everywhere you go, you can sense the presence of Android devices, in comparison to the iPhone. This is because the Android platform is adopted by all kinds of smartphone manufacturers.  So, more options to choose from.

Every year, Apple releases some 3 iPhones and 3-4 iPads, however, hundreds of Android devices and their successors. If iPhone users don’t like any of the releases, they have to wait for a year for another model.

On the other hand, some of the Android devices come with manufacturer-specific features, others like to experiment when it comes to features. With an open source license,

manufacturers can create the hardware they want. As manufacturers want to target a specific group of consumers, then due to open source license, they are free to make changes. Therefore, we can expect a distinctive outcome.

Android phone range varies as per audience and specific taste. There are gaming focused smartphones and also devices with three lens cameras, five lens cameras. The vast variety helps consumer find what suits him the best.

Android offers a lot of customization features. You can not only the wallpaper but also the layout of the home screen, add shortcuts, widgets. And there are Android launchers available which allow you to change the interface completely.

On the other hand, iOS only supports a few widgets, allows you to change the home screen and lock screen wallpaper.

With Android comes Google Photos, which is the best way to keep your photos safe and accessible everywhere. It comes with unlimited free storage

Note: There is a catch, the maximum size limit for photos and videos is 16 Megapixel and 1080 resolution respectively each.

You can backup photos and videos of original resolution on either of the drives, however, iCloud only provides 5 GB space to store your data and Google Drive comes with 15 GB space in this case.

If you are a Google Pixel owner, then you are free to backup unlimited videos and images of original resolution on Google Photos. Also, Google Photos is not confined to Android, iOS users can also use Google Photos.

Between Google Drive 15 GB free space and iCloud 5 GB, and Google Drive available on both platforms makes Google Drive a better option.  However, for more space both the cloud services, provides 1 TB space for $10 a month. Google Drive is much easier to use and also effective as compared to iCloud.

So, these are some of the things that makes Android more popular than iOS. However, who is superior between the two still remains unclear. iPhone lovers can’t shut up about the interface and user friendliness of the OS and Android fans are inclined towards the customization, Google Drive and compatibility. Whether you are an Android fan or iPhone lover, switching to another ecosystem, might not be the brightest idea.

How to Reset Your Gmail Password with Verification Code