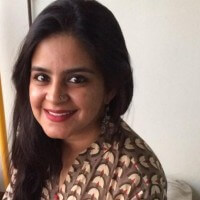 Despite being a tech giant and a household name for computer operating systems, Microsoft has been struggling for years to prove its worth in the antivirus department. Regardless of the sophisticated security that this free antivirus offers, it has been largely underrated over the years. Nevertheless, it has finally proven its worth in a slow yet steady fashion and is finally getting the recognition it deserves.

What looks like a change in the wind, Microsoft seems to have shocked everyone by entering the league of the top tier antivirus software on Windows 7. According to the German based evaluation firm, AV-TEST, Microsoft Security Essentials got the maximum rating when it comes to keeping PC’s safe. Of course, there is no denying that the marks awarded to the others in the league are more or less the same. However, for Microsoft Security Essentials this definitely is a much-awaited success.

Why Buy The Cow When You Can Get Milk For Free?

Apart from being one of the most trusted tech brand in the world, Microsoft Security Essentials offers excellent features. The recent climb raises the much-debated topic, whether the days of paid antivirus are now numbered? Keeping this in mind, let’s take a look at some features in Microsoft’s antivirus that makes it a gem when it comes to free-antivirus programs.

Well! To start with, this free antivirus is quick to install and can be used with much ease even by someone with limited technical know-how. Most functions are self-explanatory and you can scan a single file, folder or the entire drive or disk partition.

While it doesn’t come with its very own firewall, it still gets the job done by integrating with the existing Windows Firewall on your computer and makes it much more impervious to malicious attacks. It will also remind you to turn on Windows Firewall, if the protection is disabled.

Despite of being free, you won’t believe how regularly Microsoft releases new updates to their spyware database. This further adds to the security of your PC, as it is protected from even the latest threats. This is an essential feature that usually only the paid versions offer. An antivirus software that regularly updates itself ensures that the system is protected against the latest types of threats.

5. No Annoyances At All!

What may seem to be an issue with most free antivirus software available, is not there in Microsoft Security Essentials, i.e., irritating advertisements and popups! Occasionally, it does remind users to scan their system on a weekly basis. But that is certainly not as irritating as fake warning messages and critical alerts raised by others.

Microsoft Security Essentials quietly performs all its functions without using too many resources. This means that you won’t experience much lag or slowdowns in PC performance when scan is in progress. And the best part, the scan can run quietly in the background and doesn’t prompt the user, unless any threats are identified.

With these above-mentioned qualities, it has been proven enough that Microsoft have really jumped up the cybersecurity ladder. Both Microsoft Security Essentials and Windows Defender (more or less the same software) offer premium quality protection against cyber threats in an exemplary manner.

Since we’re not trying to make this article seem one-sided, we’ve also compiled a list of other highly effective and popular free antivirus programs for Windows. You can check this list for other options to safeguard your computer against malware, virus, spyware and other more complex cyber threats.