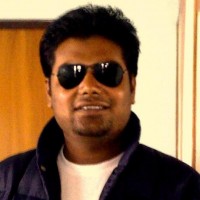 One of the best way to pass time is to play games on smartphone. Android phones offer a plethora of games on Google Play Store and the list only keeps increasing each year.

With less than 50 days to go before the next year rings in, it’s time we shortlisted our favorites picks of the year! In this article, we have listed our top 10 free Android games of the year. Read on and download the one you like the most!

Brave Exvius is one of the best Android games. It is designed as a turn-based role-playing game, using characters from the Final Fantasy series with those of Brave Frontier.

Game developed by A-lim and published by Square Enix for Android has an excellent rating of 4.6 with 5 million user downloads worldwide. It requires Android 4.0.3 and above.

One of the most popular game of our childhood is still as popular as it used to be.  It is a side scrolling endless runner game developed by Nintendo and needs Android version 4.2 or above.

Pokemon Go gives you a chance to find all pokemons around you. It is a location based augmented reality game developed by Niantic. It has a rating of 4.1 on Google Play Store. The game requires Android 4.4 or above.

Hill Climb Racing is an exciting driving game with a variety of vehicles Like Jeep, truck, tank, bike. It is a 2D racing video game developed by Fingersoft. Rated 4.4 on Google Play Store, the game has different versions, depending on the Android phone.

Candy Crush Saga ranks 5th in the list of top 15 Best Android Games in world. It is developed by King. The game is also popular on Facebook and has 4.4 rating on Google Play Store. The game can be played on Android 2.3 or above.

Fruit Ninja is a video game developed by Halfbrick and has been popular for years now. It is available for all operating systems like iOS, Windows, and Android. It enjoys a rating of 4.3 on Google Play Store. The game requires at least Android 4.0.3 to run.

Traffic racer is a racing games which has vehicles like cars, truck, van, buses, etc. It is an endless game, developed by Soner Kara. It has 4.5 rating on Google Play Store and requires Android version 2.3.3 or above.

The world no. 1 pool game on Android, 8 Ball Pool has many features. The best part about the game is that, it allows users to play snooker with their friends in the online version. The game is developed by miniclip.com and has a rating of 4.5 on Google Play Store. You can play this game on Android 4.0.3 or above.

The most popular game in the world, Subway Surfer has been co-developed by the Kiloo and SYBO Games. An endless runner game, it’s Google Play Store rating is 4.4 and has 500 Million Downloads. Your smartphone needs to be Android version 4.1 or above.

So, these were our picks for top 10 best Android games. We hope you enjoy playing these games. Do share your favorite game of this year with us in the comments section below.

How To Fix Cyberpunk 2077 Looks Blurry

How to Find Your Lost Android Phone