Whatsapp Fails To Prove Its Safety For Users

According to a recent report by Tech Crunch, Facebook-owned WhatsApp has yet again shown to us that it’s not capable of providing security to its users. According to a bug report by Facebook, WhatsApp was open for spyware to be installed into phones. This has created a threat to WhatsApp users all over the world. With 1.5 billion of total active users, this is the most commonly used messaging app globally.

After a number of promises made by the company, to secure the data of its previous users, they still put the users in a vulnerable state. To receive spyware via an installed app on your phone can cause serious trust issues in individuals. Especially when we keep all our important data saved in our phones, ranging from our personal data to our bank account details.

So this time apparently, we don’t even have to open a link to get a bug in our phones, all it takes is a WhatsApp call. The bug gets transferred to your phone via WhatsApp call which does not even require the user to receive it. Worse, this also works with missed calls and if you are not paying attention to your phone at all times, chances are you might end up being victimized. Once the spyware lands on your device it can access all stored information including your financial and personal details. Later, just like any other sneaky spyware would do is remove its traces of the call. A user thus can never be sure of a security breach and keep carrying the spyware in his phone.

WhatsApp revealed that they were working on fixing this bug from last week. They have been asking the users to upgrade their operating systems and the app versions to the latest update as to prevent themselves from such attacks.

How can you protect yourself?

It can be alarming for anyone to know that your phone is being accessed by somebody without your knowledge. It’s recommended to get software to help you protect your phone from such threats.

Use Systweak Anti-malware app for your Android phones, to keep the data secure and device from infringement. It helps in scanning the device including the system apps and the ones installed on your Android phone. This has a feature which allows it to block the apps to install itself from malicious sites.

It provides information about apps that can access your location, personal data and files on our Android phone. When you are browsing the internet, it can be dangerous as many sites try to launch the programs installed on your device.

This app comes with a feature to scan your phone for any kind of behvior which can cause any harm to your phone or your data on it. This keeps updating the apps in background for checking them for any suspicious activities. 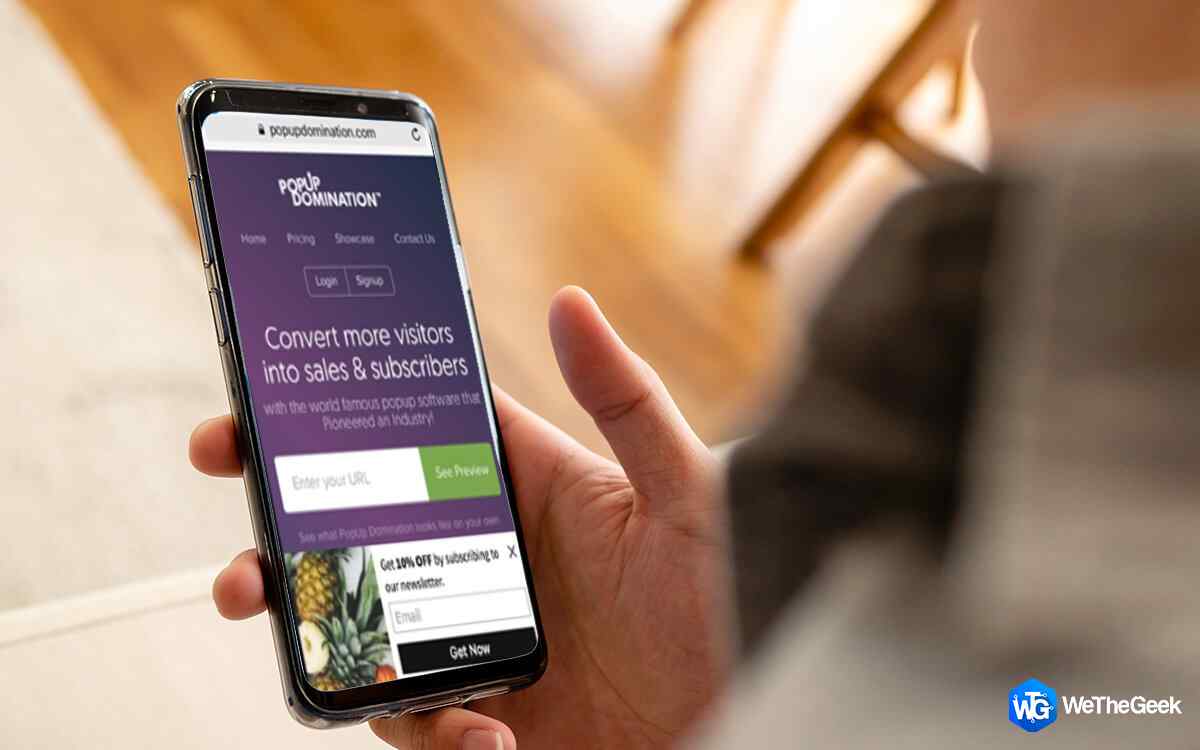 How To Stop Ad-Popups On Your Android Device?When you wish to avoid pop-ups in your Android phone that keep on peeping through your screen, you need to...

Guarding yourself against such threats is necessary. As you are quite exposed at this point by using the instant messaging apps such as WhatsApp which is ranked third for the most downloads in Google Play Store. Being at the receiving point of the hazards which are caused by just having the apps which cannot be diagnosed on its own in any way says a lot about holes in the privacy policies provided by WhatsApp.

Getting an Anti-malware app like we suggested Systweak Anti-Malware is very much recommended to ensure the security of your personal data and identity on your Android phone.

Malware Apps Found in Huawei’s AppGallery! Here Is What You Can Do

GoDaddy Data Breach – What You Need to Know

10 Best Uninstaller for Mac to Remove Apps Completely In 2021

The Firefox logo isn’t a fox

It is a common misbelief that the furry creature in the Firefox logo is a fox thanks to its name. But it is rather a Red Panda.