Home » For Windows 10 » How To Take Screenshot In Windows 10 Using Snip And Sketch?

How To Take Screenshot In Windows 10 Using Snip And Sketch?

Windows 10 October Update version: 1809 has given you all sorts of trouble due to bugs and issues. People were distressed, some people faced missing files issues, other faced performance issues and issues related to native apps was also there.

Despite all the issues, Windows 10 October Update brought some amazing features as well. One of the features is screenshot tool “Snip and Sketch” on Windows 10.

in this post, we will talk about the tool and how to use Snip & Sketch to increase your efficiency and productivity.

As the new tool is a combination of Snipping tool and Screen Sketch. Earlier, these tools were available separately on Windows. However, Snipping tool can be seen in Windows still, but Microsoft is planning to remove the tool in coming updates.

The primary characteristic of Snip and Sketch is taking screenshots, it now enables you to do annotation on screenshots taken. You can touch and write, highlight content, crop, draw a straight line and more.

Prior you take a screenshot, save it and edit it in Paint or other apps, now you don’t need any other app to do that.

Snipping tool and Snip & Sketch tool are used to take screenshots, but they are not the same. Because the former tool stresses taking a screenshot, but the latter pays attention to what happens to the screenshot after it is taken.

Some of the features of good old Snipping tool is missing, one of them is show selection ink which enables you to get the selection box again. 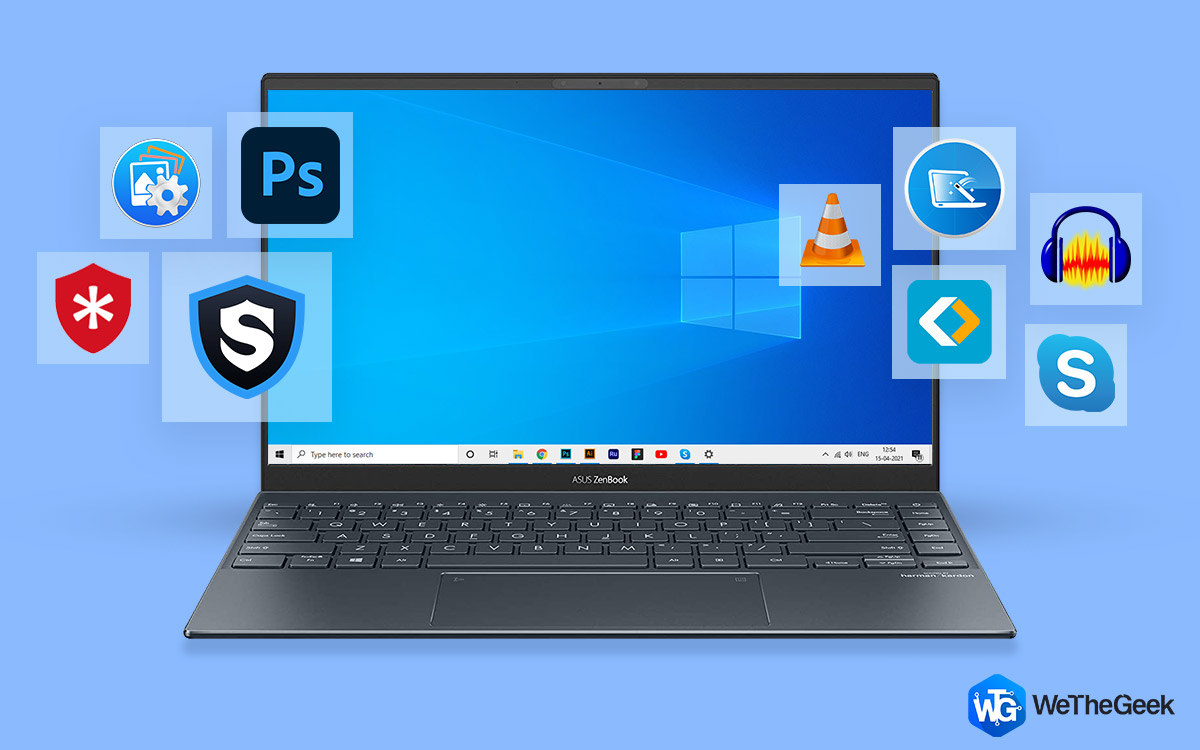 There are various methods to take a screenshot using Snip and Sketch.

Method 1: Capture Screenshots Via the Snip and Sketch App

Step 6: You will get a Snip & Sketch notification at the lower right corner of the window.

How To Send Suggestions Or Report A Problem...Are facing any problem with your Windows 10 computer? What if you want to send a feedback regarding a feature...

Case 1:  Use Keyboard Shortcuts to capture screenshots On Windows 10

You can take screenshots on Windows 10 by pressing Windows along with Shift and S key. You will get the crop mode to select the screen that you want to crop on Windows 10.

Step 1: Go to Search bar near the Start button and type “Ease of Access Keyboard Settings” and click on it to open.

Step 2: Go to Print Screen shortcut and turn on “Use the PrtScn Button to open snipping” option.

A new toolbar “Windows Ink Workspace.” has been added after Windows 10 October update. You can access Snip & Sketch directly, Sticky Notes and Sketchpad.

If you want to access Snip & Sketch using Windows Ink Workspace, it will capture whole Windows screen on its own.

To get Snip & Sketch using Windows Ink Workspace, you need to press Windows and W key together.

Ways To Fix Windows 10 Taskbar IssuesWindows 10 brought out the best of a lot of system apps. The taskbar is one of them, however, you...

How To Write Notes On Screenshots Using Snip & Sketch?

Snip & Sketch comes with a few tools which make it more productive.

The tool can be useful if you own a hybrid PC or Microsoft Surface which is compatible with Surface Pen. This feature enables you to annotate screenshot through the touchscreen.

Pencil, Ballpoint Pen, Eraser and Highlighter
You can find some stationary tools which enable you to add ink on the captured screenshot. It  allows you to write, draw, highlight etc. on a screenshot.  You can erase the additions if you want by using Eraser.

Ruler
Ruler is another tool available, which allows you to draw a straight line on screenshots. You can change the angels of the scale by using mouse-scroll. Also, you can use a protractor to make arcs on Windows 10

If you want to crop the screenshot to eliminate unwanted content, then you can use Image Crop.

Now that you have taken a screenshot, made necessary changes, it is time to save it. Click on Save icon from the upper right corner of the window. You can save the captured image as PNG, JPEG or GIF.

You can share the snipped image using emails or any other supported application.

So, in this way, you can use Snip & Sketch, the new Windows snipping tool and take a screenshot, do some editing such writing notes, adding texts, highlighting things and changing angles. Try it out and let us know if you find it useful.