Guide To Use Fortnite Battle Royale PC For Free

Playing video games must have been the part of most of our childhood. Some of us might still be obsessed with it. Games that we played in our childhood sure had a thrill, some are still the best. However, the games designed nowadays with 3D animation and amazing graphics.

One of the most popular games that have blown people’s mind is Battle Royale. Those you are not aware of these games, it is a game played on a massive scale free for all deathmatch, and the last man standing is declared as a winner. Your job is to survive no matter what is, fight or kill on your way.

These games are mostly available for your smartphones or Xbox, PlayStation. However, now these games are making their way to your Windows computer, isn’t it great?

One of the best Battle Royale games is Fortnite Battle Royale for PC is now available for free. The game is a multiplayer game which comes with astounding graphics and ability to play up to fronting 100 players.

In this post, we will talk about Fortnite Battle Royale for PC, how to download and install the game, tips and tricks to play Fortnite on PC along with the How it works and latest cheat codes

Fortnite Battle Royale is one of the best battle royal games which is unlike any other shooting game. However, it runs on a moderately fast-paced level. This game is distinctive which turns chaos into a fascinating deathmatch. The game begins with you jumping out of a party bus which has balloons gliding all over the extensive map in the game. You have a distinct collection of ammo, weapons, and health items.

The concept of dying in the game doesn’t exist. After being knocked out, a player gets transported away. You will get valuable loot inside piñata like crates called Supply Llamas.

The main intent is to survive and be the last man standing. The game is also available for PS4 and Xbox One along with PC and Android.

Advantages and Downsides Of Fortnite Battle Royale PC For Free

Before downloading Fortnite on your PC, you need to check the system requirements for better performance.

In order to download Fortnite on PC, you need to have more than 15GB empty on your hard disk. As the game is of around 9-15GB. The game is not available on Steam, but you get the game on Epic Games site instead to get a free copy of the game.

The game is available various different versions, but Fortnite Battle Royale for PC is available free for play.

Step 2: As you sign in, Epic Game Launcher will start downloading.

Step 3:  You will be asked to select a display name; your character will be called by you choose in Fortnite Battle Royale.

Step 4: Verify your account by going to your email address.

To start playing the game, select Battle Royale on the next screen.

How To Configure Fortnite Battle Royale on PC?

When Fortnite is open, you need to adjust mouse sensitivity and other controls to play the game properly. These settings are located at the upper right corner of the window. You can adjust graphics to make sure the game works smooth. Also, you disable or enable voice chat from the settings menu. 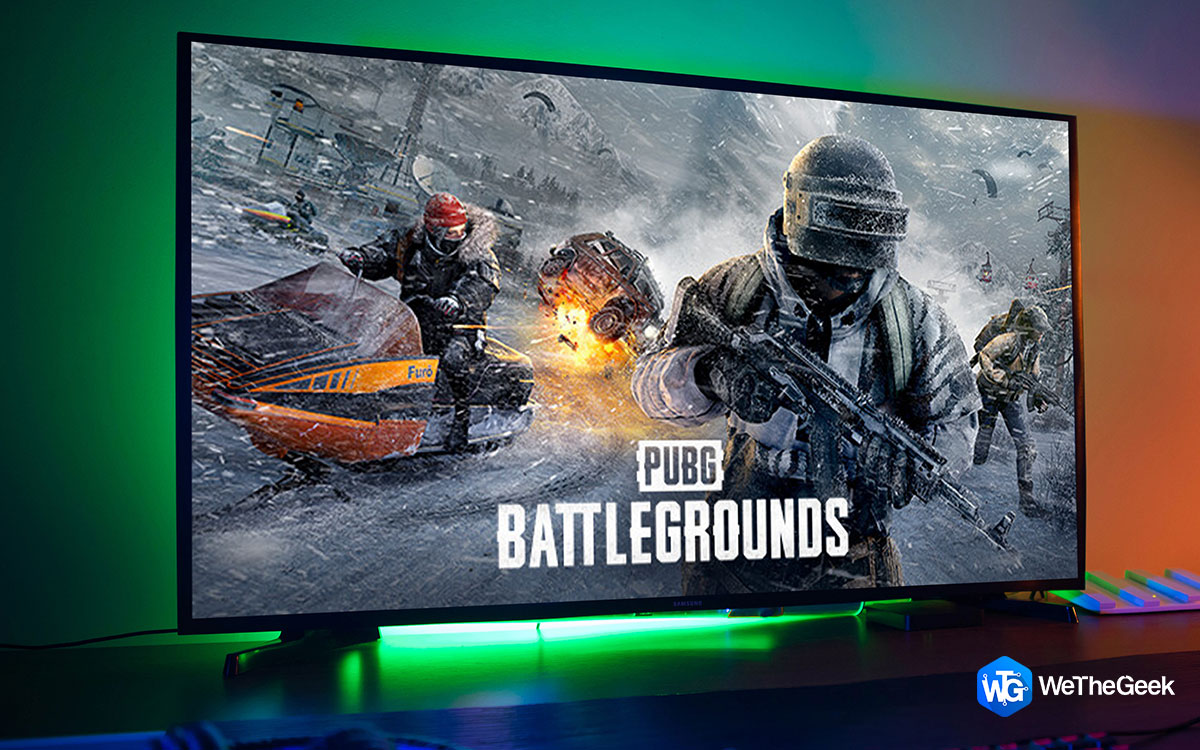 How To Play PUBG On PC For Free...Tired of playing PUBG on mobile? Searching for an alternative that let you play PUBG on PC? Here is the...

If you are new to Fortnite Battle Royale For PC, then you must know a few things before getting started. We have listed some of the tips and tricks for Fortnite PC, to help you learn faster and master the game.

When you start the game, you must know where you should land a parachute on Fortnite Battle Royale’s map. If you are a novice, then you must avoid most developed areas as it is very important to prevent from being shot when you start the game. You must avoid locations such as Greasy Grove, Pleasant Park, and Retail Row. These locations are chosen by the professional players as there is a lot of loot available in the areas. If a player manages survives the battleground in these areas, you will be able to collect intimidating arsenal.

Select the area where you want to land is risky but gives you high rewards, you need luck as well as skill to survive on the battleground.

If we compare Fortnite Battle Royale to other games in the category, it has quite a pace, the match starts and ends fast.  You don’t get to land on an open battlefield, you need to run in the direction of structures which might have been plundered by other players. You need to get hold of your gun and make your move quickly. The guns are located generally on rooftops. If you are not able to find the gun on the rooftop, go to close building & get the loot.

What Weapons Should Be Used?

Aiming to get the best shot at your rivals in Fortnite Battle Royale is tricky. So, an element of surprise is a crucial thing to survive. Also, the range and solidity of a weapon matters. Shotguns are best when you need to aim at close range, however, sniper rifles are great when aiming to shoot from a distance. Every weapon is denoting the uniqueness and damage that could be done by a weapon. The color codes are mentioned below:

Choosing the weapons to attack is very vital as using Rocket launchers a close-range target could disclose your location or cost you your life at worst. So, to survive you need to select the weapons which could help you proceed further and stay alive.

Fortnite Battle Royale has shields along with the health bar. In order to maintain the shields, you need to use shield potion. As Shields protect and take damage before health, so you need to have shield potion whenever you get them. You can normally find it in treasure chests.

Storing is not a good option as it will take up the inventory space, consuming them right away works best. There are two kinds of potions – larger and smaller Larger one gives you 50 Shield points and smaller one can get you 25 shield points.

Shields can’t avert the damage from falling, to treat it, you can use band-aids and Medkits. The band-aids can get you 15 health points and each Medkit restores full health.

If you get your hands on purple bottled Slurp Juice, you revitalize your shields and yield health with time. If you stumble upon Chug Jugs, you get to reinstate your health along with the shield, but you should have only 15 seconds to use this.

As you approach the end of a round, you will notice players building a barricade. If you don’t have sufficient to build your own fortification, then you must collect them carefully. Spotting a player’s building is easy as they are drab & blank structures. You should not go near rival’s barricade until you obtain a rocket launcher or any other powerful ammunition to destroy the structure.

4. How Does Fortnite Battle Royale For PC Works?

Battle Royale is one of the modes available Fortnite Battle Royale for PC for free by Epic Games. It just like other Battle Royale games. The aim is to survive until the end. It doesn’t how many you killed, you just need to kill the remaining survivors to win. The players who are aggressive and can build structure well are most likely to survive.

However, one can win by avoiding attacks and looting as well. The most important thing to choose where you want to drop at, to start the game.

This is how Fortnite for PC works: 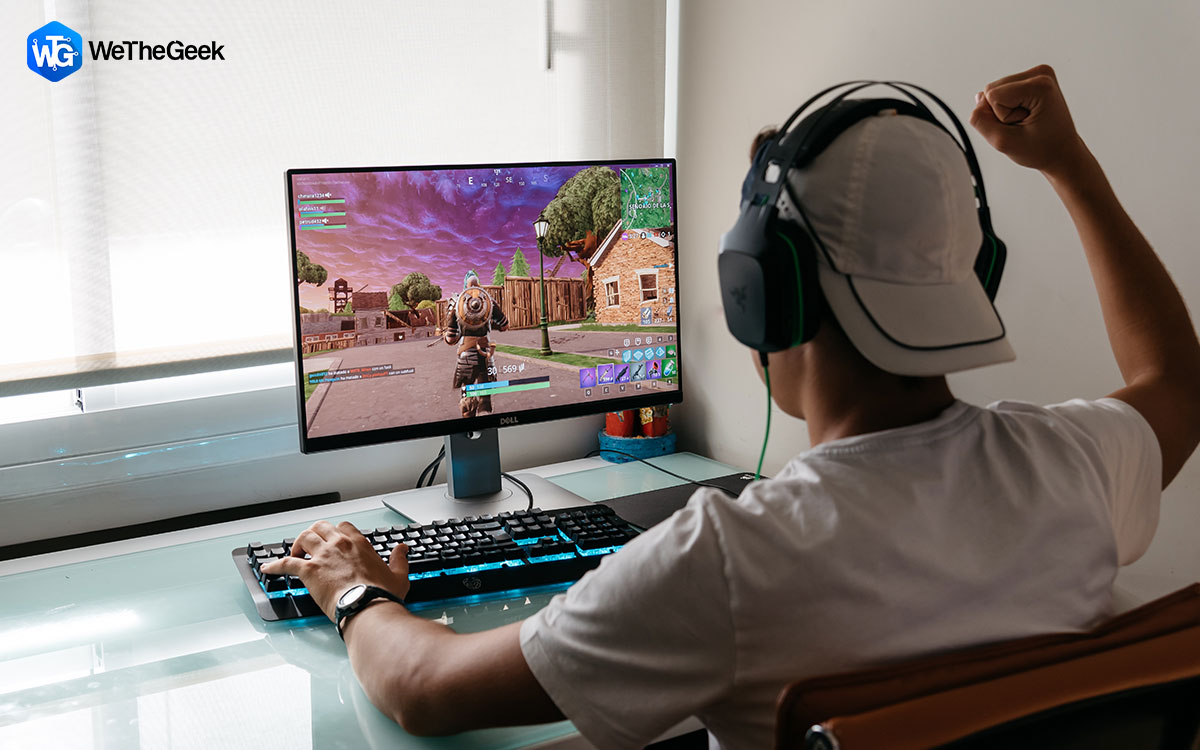 As you spell FORTNITE, you can see there are total 8 letters. You need to search “FORTNITE” letters challenge in Season 4 Week 1. The letters could be picked in any sequence. You can collect as many as letters but in order to get all them counted, you either need to win or lose the game, quitting is not an option.

Where TO Find the Letters?

Tilted Towers – On the clock tower.

Anarchy Acres – On the barn.

Risky Reels – On the screen.

Haunted Hills – On the stone with an eagle on the top.

Dusty Divot – On the pylon to the right-hand side of the crater.

Pleasant Park – On the wooden shelter in the center.

Triangle of Trees – Beside the race track area, on the shed near the triangle of trees.

Moisty Mire – Near the green screen, where the helicopter is.

There are some other cheats codes available

So, this is it! In this way, you can download, install, configure and play Fortnite battle royal PC for free. Also, with cheat codes and tips, you can survive in the game for a little longer.

How to Connect Two Sets of Airpods to The Same Mac