Recently, Microsoft quietly announced that Disk Cleanup will no longer be a part of Windows 10’s environment starting from October,2018 update. Pretty bummed, right? Microsoft mentioned this in one of its recent blogs post that Disk cleanup will soon be deprecated from Windows from compatibility reasons. It has been a crucial part of Windows since so many years, and now it’s all set to go out of the door, away from all of our lives.

Disk Cleanup, We Will Miss You!

Disk Cleanup has been a part of Windows from about 20 years, since Microsoft 1998 to be precise. With each and every new update, Disk Cleanup kept on becoming better and useful. Be it about removing temp files from our system or whenever your system is running low on hard drive, here’s when Disk Clean comes to picture.

Disk Cleanup Utility tool happens to be one of the best automatic solutions that can significantly improve your system’s performance by removing temp files, log files, cache files and all other junk data which occupies disk space. Not just this, Disk Cleanup also helps in creating restore points to save all system files incase so that if your system crashes anyhow, your data still remains preserved. Disk Cleanup is the ultimate recovery tool for Windows which helps you in recovering chunks of storage space on your hard drive.

Imagining a life without Disk Cleanup is next to impossible, we will duly miss you!

But like they say, something happens for a reason and this falls true in this case too! Microsoft has put in considerable amount of efforts in creating something way better than this which performs all the tasks of Disk Cleanup tool and happens to be a successor version of this utility tool.

Storage Sense feature on Windows 10 is like that silent warrior who gets on work without even being commanded. it automatically frees up disk space by getting rid of temp files, junk files and all other unwanted data which unnecessary keeps lying on your hard drive. Once you toggle this option ON in Windows settings, you’d never have to worry about configuring hard disk space again.

Does Disk Cleanup Delete Everything From The Temp...Want to remove all the temp files from the temp folder? Learn this neat trick and do it all by...

Disk Cleanup Gets Deprecated Not Dead!

As Microsoft quietly claims that Disk Cleanup Utility tool will no longer be a part of Windows 10 environment, that’ not completely true. Microsoft has strictly used the term “Deprecated” that doesn’t mean it’ll be completely washed out. So, the future versions of Windows may not have Disk Cleaner but will surely have a better utility tool to configure hard disk space on Windows.

It’s so hard to believe a Windows system without a Disk Cleanup tool, isn’t it? It has always been a constant part of our routine disk configuration. Right clicking on disk drive, selecting properties and tapping on “Disk Cleanup” option it has somehow been a part of our reflex.

So, as Disk Clean up tool is soon to bid Goodbye from Windows environment, here’s an easy alternative which you can consider. Head on to Settings > System > Storage > Free Up Space Now. The system will get to work and will automatically scan for everything Disk Cleanup used to look for. Here all those files are included which Storage Sense does not cover. So, this gives you a good chance to free up some additional disk space on your system.

No matter how disheartened you be with the absence of Disk Clean utility tool in Windows, but the fact still remains the same. Like we said earlier, Microsoft has offered us better utility options like Storage Sense and other implicit options for freeing up junk files from hard drive. As far as functionality is concerned the legacy continues, we’re not at any loss! 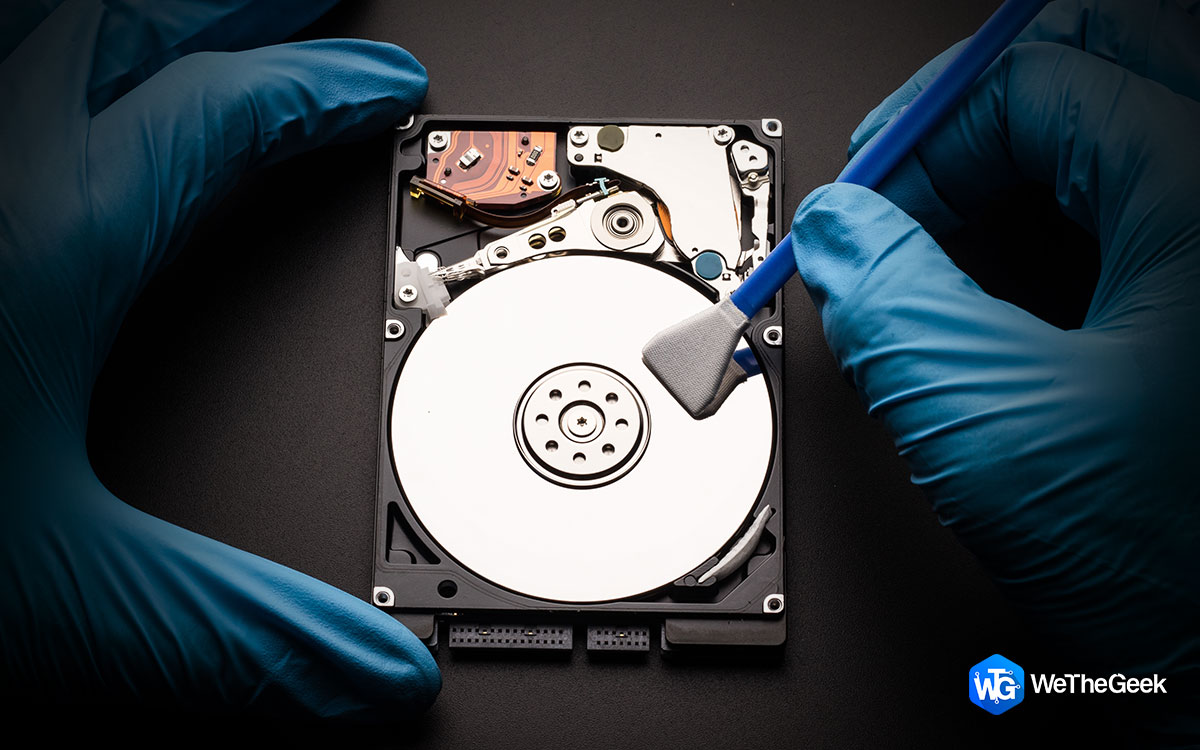 How To Do Disk Cleanup in Windows 7/8/10Like out other machines computer operating system also requires regular clean up. Let us find out more about disk cleanup...

How to Get Photos from iCloud to Your Windows 11 PC

Common Signs & Symptoms that Your RAM Is About to Fail

“Radeon Settings and Driver Versions Do Not Match” Error: Fixed