For the past two years, Apple and Qualcomm have been entangled in a global court battle against each other. Not only this could have changed the shape of technological business industry but could have been a deciding moment for the future of both the corporations. A battle against market and business monopoly, this lawsuit cost both corporations millions and put both their market positions at stake. When the biggest business battle hit the court, it was monopoly and money, that came out as winners.

After two-year long events of litigations, accusations, and proceedings, Apple and Qualcomm just dropped all lawsuits against each other and decided to go hand-in-hand together.

What went down over the past two years, and what happened at the end that led to an unreasonable and sudden stop to the biggest blockbuster rivalry the tech business has ever seen? Read Ahead

There’s a reason Qualcomm has been able to make sure that it dominates the chip-making business at a worldwide scale. Founded in 1985 by a team of hardware experts led by MIT entrepreneur Irwin Jacobs, the company has pioneered the wireless phone technology. Qualcomm was the first to find a way that enabled multiple wireless phones to use airwaves and offer cellular network facilities to the consumers. Qualcomm later became the market leader in designing wireless modems for mobile phones, setting benchmarks and industry standards. It also laid the foundation of design and technology for other competitors, who adopted Qualcomm’s innovations in their own products; for example, Verizon.

Qualcomm is best known for its wireless modems and processing chips. Though they are all manufactured by contract manufacturers, it’s the design that sells. The Snapdragon range of mobile phone CPUs, which are used in some of the fastest phones in the market is also Qualcomm designs. Almost every mobile phone maker is in business with Qualcomm including leading Android phone brands such as OnePlus, Xiaomi, and Samsung (for its high-end Galaxy series phones), along with American giant Apple (which designs its own CPU but uses modems and chips from Qualcomm)

But where all that money comes from?

Qualcomm is the only corporation that mass produces wireless modems and chipsets in large quantities. Moreover, the industrial standards on designs of these products are licensed and patented by Qualcomm. So, in case you are using Qualcomm chipsets, or even the ones of competitors that have been inspired by Qualcomm standards, you need to pay to Qualcomm. A hefty revenue of Qualcomm’s business comes from these royalties that Qualcomm charges to the phone makers, other companies, and contract manufacturer for licensing the patents of its designs.

11 Strange Apple Products You Never Knew ExistedApple did experimented and launched many products in its early years to reach the zenith. check out the 11 strange...

Apple first got into direct licensing tie-up with Qualcomm in 2011, four years after it launched the original iPhone. But, Apple has always been paying royalties to Qualcomm. Apple’s original iPhone was launched with Intel’s baseband chipsets. But in order to manufacture those patented designs, Apple’s contract manufacturer Foxconn was forced to give royalties to Qualcomm, which it eventually added to the total manufacturing cost to Apple. It was in 2011 when Apple struck a deal with Qualcomm, to launch iPhones on Qualcomm’s CDMA chipsets, thus beginning a stack flow of millions of dollars for Qualcomm as royalties.

This continued till 2016, under a five-year agreement, until Apple sided partially with Intel for its iPads and iPhone 7 chips. Apple’s claim was that the licensing prices for Qualcomm’s patents became quite high and affected the overall price for the iPhones, which, in turn, was against consumer satisfaction terms of Apple.

Here’s when the official war between Qualcomm and Apple begun

Qualcomm first came under scrutiny when the National Development and Reform Commission of China accused Qualcomm of violating China’s anti-monopoly laws. According to NDRC claims, Qualcomm was licensing its standard patents and 3G and 4G chipset patents separately, laying extra burden over manufacturers and smartphone companies. NDRC fined the company $975 million; however, Qualcomm was allowed to keep its business model the same with minor concessions. Qualcomm, after handing over almost a billion dollars to NDRC was allowed to charge 5% royalty for 3G and 3.5% royalty for 4G devices.

Guess what? Qualcomm offered the same deal to Apple and Apple declined. Why?

Apple claimed that even the new deal was against the terms of FRAND (fair, reasonable, and non-discriminatory) trade. And with this, the relationship between Qualcomm and Apple were strained and it was clear that Apple would permanently side with a competitor company. But, it didn’t.

Qualcomm was accused by the US Federal Trade Commission for using anti-competitive tactics to boost its revenue, meanwhile illicitly eradicating competitors and forcing smartphone makers to pay “higher fees” for its licensed patents of chipset designs. FTC claimed that:

Lesser Known Apple Watch Tricks You Might Not...Read this know about the lesser known tricks of Apple Watch which can help you play music, be on schedule,...

Apple knew that it was the right time. Qualcomm was already under government pressure and Apple’s move came right at the moment when it would hurt Qualcomm the most. Apple, supporting FTC’s claim, sued Qualcomm for $1 billion and claimed that Qualcomm’s royalty payments for basic industry standards are almost five times greater than what other chipset manufacturers in the market. Apple sued Qualcomm in another lawsuit, where it has asked the court to review and rectify the terms of licensing agreements between the two companies.

Besides that, Apple also sued Qualcomm in China and the United Kingdom in two different lawsuits, making it a global battle. Apple stated that the initial years of business with Qualcomm were good but the supplier’s aggressive taking to the royalty payment terms have left the company with no option but to turn to the court

Then a series of counterclaims in courts began, making this business war a worldwide phenomenon

Qualcomm Counters Apple, Blaming It For Degrading Its Chip Performance

Qualcomm sued Apple in retaliation, claiming that Apple had degraded its previous phone’s performance, which was running on Qualcomm chipsets to prove that its new Intel-supported chipsets were more reliable and comparatively faster. Qualcomm also accused Apple of withholding its payments and claimed that Apple has also asked other competitor chip-makers to halt Qualcomm’s royalties. This affected Qualcomm’s business at a major scale and jeopardized its evergreen business model.

Qualcomm Arms It Up Against Apple: A Motion to Ban iPhones

So, until this moment, there was hardly any hearing on what had become the biggest corporate court case in the world and Qualcomm had lost billions as Apple continued to withhold royalty payments. It was clear that Apple would come out a winner in this one as it was Qualcomm who was suffering financial losses. But Qualcomm stood its ground and filed a lawsuit in US court to ban Apple iPhone sales in the nation until it settles pending payments and clear its dues.

A similar injunction was filed in a Chinese court, whereby Qualcomm asked a Chinese ban on Apple iPhones against its violations of patent agreements. These patents were in regard to hardware features used to prolong battery life. Qualcomm claimed that Apple has infringed copyright laws while using these patents and suggested a ban on iPhones that used that tech. 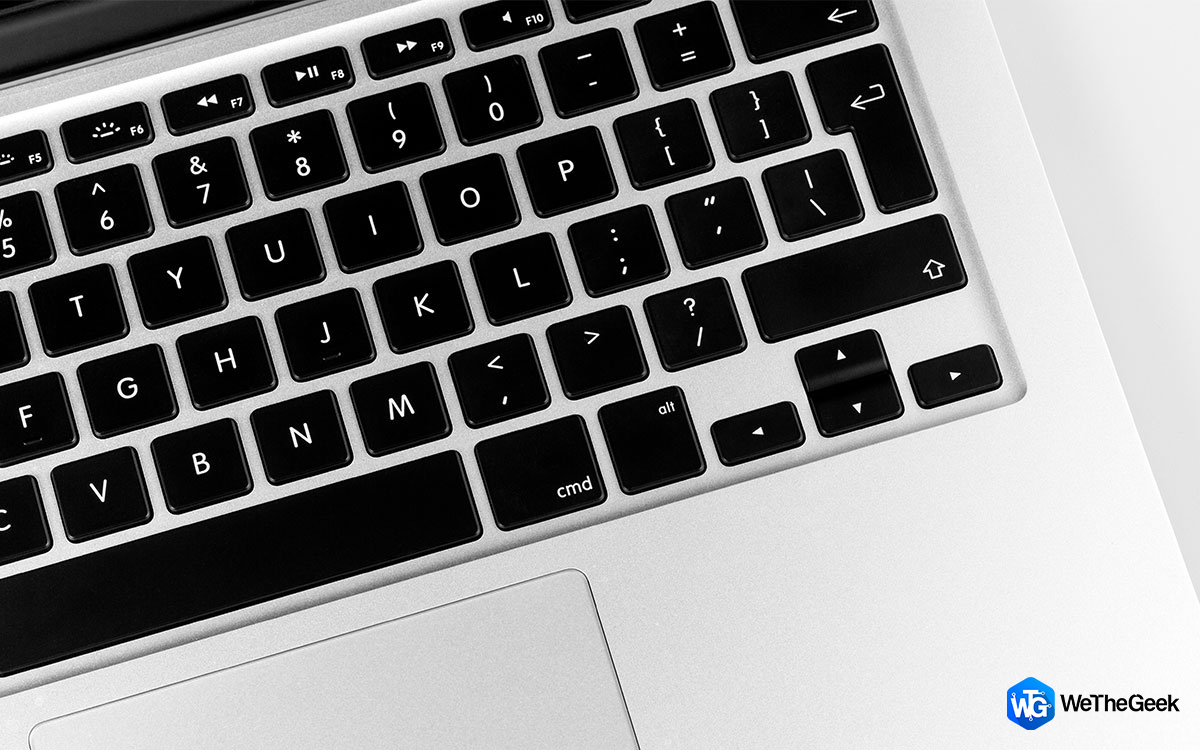 Qualcomm Accuses Apple of Sharing Its Design Secrets with Intel

In November 2017, after almost a year of court injunctions and accusations, Qualcomm made a master move, where it sued Apple for sharing its chip code with Intel. This, if true, was a series of violation of the contract between two organizations and could have played an important role in Qualcomm winning its injunctions for banning iPhone sales.

But Qualcomm suffered a major setback

Qualcomm Fined by EU and Taiwan

Before Qualcomm ever got a date to take Apple in court over its copyright infringement of patents, it was haunted by the early lawsuits by Apple, FTC, and international anti-trust departments.

The company was charged $774 million in Taiwan, and $1.2 billion in the EU, making things more miserable for the future of Qualcomm in the chip industry.

But Qualcomm swept Apple in one single win

In a series of court hearings in China, Germany, and the US, Qualcomm was able to ban iPhone imports citing that Apple older iPhone7 and iPhone8 models were designed by infringing a Qualcomm patent. By pushing the court litigations in international territories, Qualcomm managed to hit hard at Apple, resulting in an ultimate win.

It was clear now that in the latest hearing Qualcomm would manage to win its injunctions. Until now Qualcomm had managed to abide by the law by paying off every fine and defending itself against every accusation and allegations. However, the verdict came as a surprise to everyone.

Qualcomm and Apple Settles Down

In the most surprising verdict, Apple and Qualcomm mutually agreed to take all their cases back and settle down. Against Qualcomm’s allegations that Apple shared Qualcomm’s design secrets with Intel, Apple agreed to pay an undisclosed amount to the chip maker. Not just that, Apple renewed its contract with Qualcomm for another six years, wherein Qualcomm is allowed to uphold its royalty terms and business model.

The final settlement of the court was a surprise to not just the audience but to competitors of Qualcomm, who had earlier joined Apple in its injunctions against Qualcomm in hope for a win and end of monopoly in chipmaking business. But it seems like monopoly and money took over Apple and Qualcomm and both came up with a way to now become the top players in the mobile technology industry.

This surprise settlement has now brought up several questions as to why Qualcomm would settle with Apple and what it would mean for the future of chip-making business? 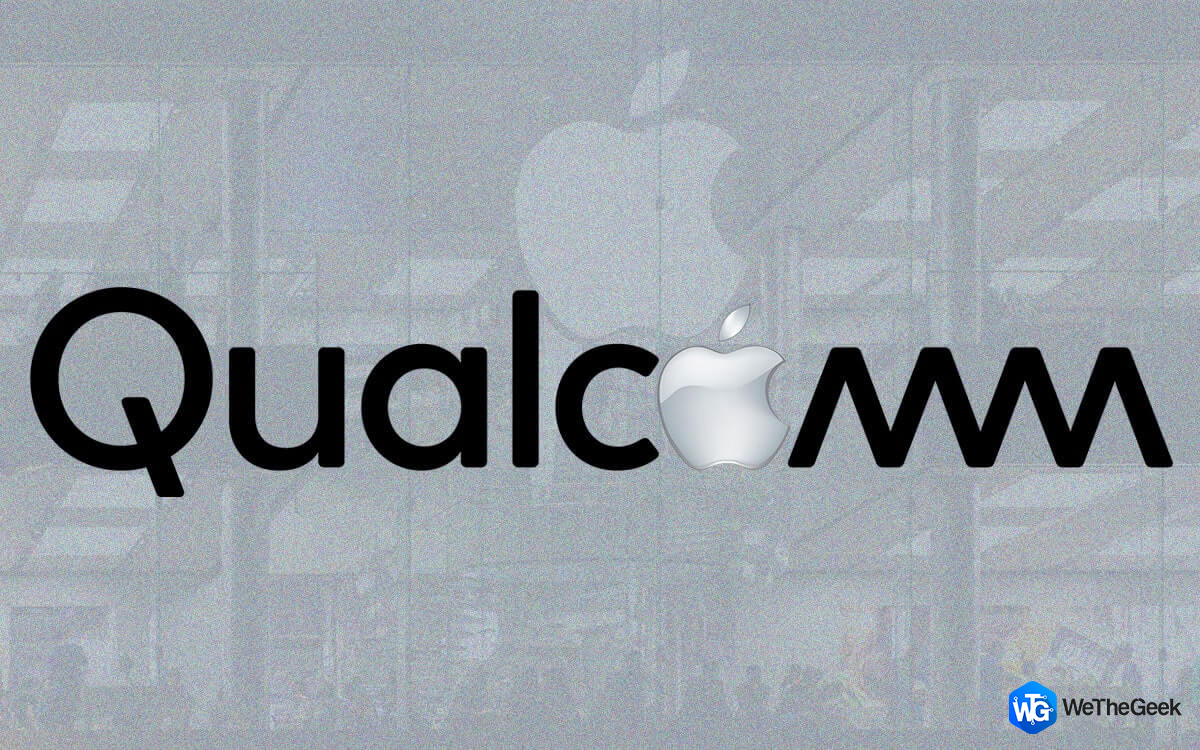 What Does Android 13 Developer Preview Bring To The Table?

What Are Google Chrome and Mozilla Firefox’s “v100” Going To Spell?